Sports are an activity that ideally is meant to bring people together for purposes of entertainment and bonding. It is not always the case as people engage in violent acts especially when the events in the field are not to their e3xpectations. Violence in sports can be defined as that physical act that go beyond the expected levels of contact in the field of play. The act involves the intentions to cause harm a player by another player or the coach. The acts of violence can also include threats of harm to the players, the coaching staff and the spectators as well (Kerr, 2004). 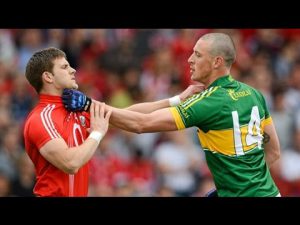 The causes of violence in sports vary but the end results are common across the board. There are however, two schools of thought that have been advanced to explain the cause of violence in sport. One of the theories hold the view that human beings have a natural instinct for violence, passed down from the ancestors who had to be violent  in order to survive in a competitive environment where the strongest survived  (Wheaton, 2013). The other school of thought looks at the causes from a sociological point of view describing sporting activities as mock battles which can in most cases turn into real battle as a result of the competitive nature of the sport  (Wheaton, 2013).

The process of civilization has greatly reduced the instances of violence in the modern sporting arena although there are still violent incidences that have been reported. The violence could be instigated by the athletes or the participants against their opponents with an intention of weakening their opponents. Such instances rarely go unpunished. Such acts include hitting, pushing, kicking and so on.  There are also violent acts in high school and college sporting competitions that are associated with rituals especially as initiations. A study in the Alfred University in 1999 found that most of the athletes in the United States went through similar circumstances (Comeron & Europe, 2003). There are also violent acts committed by the spectators. These are very common instances of violence in sports. And date back to the Roman times pitting the spectators of chariot races against one another. In modern times, we have seen violence especially in football. In England for instance, violence caused the English football clubs from European competitions especially after the Heysel stadium disaster in 1985 (Comeron & Europe, 2003).

In conclusion, violence in football has never been an acceptable vice. Most sporting organizations have mounted campaigns to ensure that violence is dealt with. More has to be done considering that amongst the spectators is children who have a lot to learn from the adults on tolerance. It has to be clear that those who commit the acts of violence should be punished.